For decades the American population has been avoiding cholesterol-rich foods for fear of developing heart disease.  We have created a no-fat or low-fat version of nearly every kind of food.  We see commercials for cholesterol lowering statins but heart disease still remains a number one killer.

Cholesterol On Your Plate 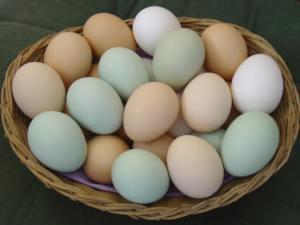 One of the biggest casualties in the crusade against cholesterol has been the egg.  Once a staple on the breakfast table, it has been forsaken in its whole form.   Egg whites now stand alone – prized for their protein and their non-fat, no cholesterol composition.  But when we get rid of the yolk, are we really doing ourselves any favors?

As scientific research shows us, the answer is no.  A study conducted at the University of Connecticut concluded that 70% of the individuals “challenged with high amounts of dietary cholesterol (from eggs)” showed no appreciable change in cholesterol levels.  The remaining 30% of the population (hyperresponders), however, did show an increase in both LDL and HDL cholesterol in the blood.  The UConn study concluded by stating, “We need to acknowledge that diverse healthy populations experience no risk in developing coronary heart disease by increasing their intake of cholesterol but, in contrast, they may have multiple beneficial effects by the inclusion of eggs in their regular diet.”

So, how is this increase in cholesterol NOT A BAD THING? 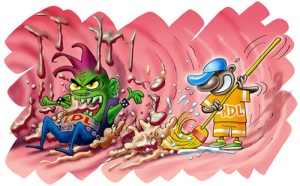 First, any increase in HDL (high density lipoprotein) is a good thing.  Period.

Second, in all individuals egg consumption influenced the type of LDL produced by the body.  As it turns out, not all LDL (low density lipoprotein) is as bad as we imagine it is.  In fact, LDL can be made in 2 different forms or patterns in your body – one much worse than the other.

Pattern A LDL is large, buoyant, and not considered a risk factor for heart disease.  It bounces benignly along in your arteries much like a beach ball.  Pattern B LDL on the other hand is comparatively small and dense.  It behaves more like the sand at the beach – getting annoyingly stuck in every crack and crevice.  Pattern B LDL is also more likely to oxidize (think free radicals) causing the inflammation that ultimately leads to plaque build-up in your arteries.  Eating whole eggs not only increases the amount of benign large, buoyant LDL, but it also decreases the harmful small, dense LDL by 20%.

There is another very unique thing that happens when you eat foods that contain a high amount of dietary cholesterol.  To maintain homeostasis, your body down-regulates it’s internal cholesterol production.  One the other hand, if you avoid cholesterol completely your body produces its own cholesterol (both HDL and LDL) because of the vital role cholesterol plays in maintaining your health.

When you eat an egg but throw out the yolk, you throw our the most nutritious part of the egg. The yolk is the most nutrient dense, antioxidant-rich, vitamin and mineral loaded portion of the egg.  It contains more than 90% of the calcium, iron, phosphorus, zinc, thiamin, B6, folate, and B12, and choline (panthothenic acid) of the egg.  The yolk also contains ALL of the fat soluble vitamins A, D, E, and K in the egg, and ALL of the essential fatty acids (think Omega-3 fatty acids).  The yolks are also good sources of antioxidants known to protect your eyes (lutein) and protect your body from systemic inflammation – the root cause of high cholesterol and arterial blockages.

For those of you who separate your eggs, eating only the whites for their protein content, I have some bad news.  The yolk itself contains nearly half of the egg’s protein, The protein available in the egg whites?  It isn’t as bioavailable (meaning you don’t get as much) without the yolks because yolk and white are meant to be digested together.   And the kicker,  the fats inside the egg yolk also help to regulate your appetite and maintain a healthy balance of metabolic hormones.  This is why egg white-only omelets aren’t as satisfying as their whole egg counterparts.

Are You a Good Egg?

When re-introducing eggs into your diet it pays to eat the best quality eggs you can find because the quality of the nutrition in your egg is directly related to health and diet of the chicken who created it.  And, the best indicator of the nutritional content of your egg – the color of your yolk.  The deeper the yellow (in some cases nearly orange) the greater the nutritional quality.  P.S. – the same goes for butter.

Typical grocery store eggs will have lower nutrient levels and a higher omega-6 to omega-3 ratio because they come from an unhealthy hen likely kept in a factory farm hen house and fed nothing but corn and soy.  Cage-free organic eggs will be much higher in vitamins and minerals and have a healthier omega-3 to omega-6 ratio because the hen is allowed to roam freely and feed on a variety of greens, insects, worms, etc.  This varied diet imparts a much higher level of nutrition into the egg.

For the past 50 years we have been told to avoid fat and cholesterol to keep our cardiovascular system healthy.  We have exchanged fats for carbohydrates and in doing so we have increased our triglycerides and small, dense LDL, and decreased HDL – the perfect storm for cardiovascular disease.

So, when it comes to our doctors and our annual blood work, what are the numbers we should pay attention to?  What in our blood panel truly indicates the likelihood cholesterol plaques are being build up in our arteries?  The ratio between your HLD and triglyceride levels can suggest a great deal about the type of LDL your body is producing.  If you divide your triglycerides by your HDL and get a number less than 2, this implies your LDL is mostly the benign, buoyant type.  If your number is higher than 3, this implies your LDL is mostly the small dense type leaving you at a greater risk for cardiovascular disease.

But in the end…this is really what matters.  Eat good food and the numbers will follow.  Why?  A diet rich in good fats will will reduce your triglycerides and small, dense LDL, and increase your HDL.  A diet rich in fresh fruits and vegetables will provide the necessary antioxidants to protect your body from oxidative stress.  And, eliminating refined carbohydrates will protect your collagen and greatly reduces your overall oxidative stress load. 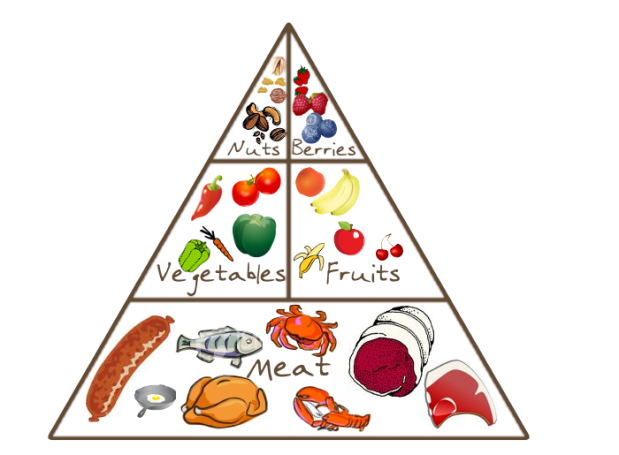 5 thoughts on “Bringing Cholesterol Back (Into Your Diet)”